What is mobile case management?

“Mobile case management is a tailored, face-to-face service to help workers get back to work as soon as possible and in a sustainable way,” says Sue Baker, EML’s Regional Claims Manager. “The reason EML offers mobile case management is that it helps people recover more quickly and return to work in a way that is suitable for them. Injured workers are not a number – they are often people who need support to navigate the worker compensation system.”

The primary focus of mobile case managers is on early intervention – they partner with workers and employers to explain the claim process, clarify expectations and progress suitable medical treatment. “Our mobile case managers can make on-the-spot approvals so workers don’t have to wait two or three weeks before surgery is approved,” says Sue.

Worker compensation claims can be complex and small and medium-sized employers often have little or no experience in navigating these types of claims. Mobile case managers are deployed to help workers return to work in situations where there may not be a return to work plan in place or where there is a perceived relationship breakdown between the employee and employer.

“Our mobile case managers come in as a specialist to assist the case manager, so there is dual ownership over the progress of the claim,” says Sue. “Both case managers work closely around strategies and communication and they are very clear about their role and responsibilities with workers and employers so there is no confusion about who is doing what.”

From October 2016 to June 2018, Victorian mobile case managers spent 1,850 hours on the road, completed over 1,600 site visits, travelled more than 500,000 kilometres and worked on nearly 800 claims.  “We’ve helped over 580 people return to work,” says Sue. “We certainly have seen improvements in workers’ upgrades in capacity and believe mobile case management is having a really positive impact on return to work outcomes.”

“I know this is a big call, but we really do help people get their lives back,” says Erin. “We have injured people who think they can never go back to work and that their injury is for life, but we make sure they get the treatment and support they need. It completely changes their outlook.”

When asked to nominate a worker who benefited from mobile case managers’ ability to be responsive, Erin doesn’t hesitate. “I was working with a 21 year old man who lost three and a half fingers in an incident at work,” she says. “People from his culture sometimes chop fingers off as punishment, so while it was a severe injury it was also culturally shameful.”

Erin had a meeting with the worker and employer where the worker indicated he wanted to go back to work, but not without a prosthetic hand. Knowing how far in advance surgeons are booked out, Erin was tenacious in securing an appointment for the very next day. Before the appointment, Erin sought advice from EML’s clinical advisors as to what she could approve on the spot.

During the meeting the surgeon indicated the prosthesis required to fit this type of injury would typically take three months. Ever determined, Erin had a quote from the surgeon and approval for the surgery within three hours and the fitting commenced the following day. “The worker had his [new] hand in three and a half weeks,” she says. “Even the prosthetist sent through an email to EML saying he’d never seen anything like it in 35 years of practice. It still puts tears in my eyes when I talk about it. The worker wants to open up his own restaurant and now that he has his prosthesis, I know he will.”

For Erin, these stories are not uncommon. “What I do is about helping people,” she says. “If there’s a way, I’ll find it. This man thought he’d brought so much shame to his family, but we supported him and got things done quickly for him. Mobile case management made him realise he had a life ahead of him.” 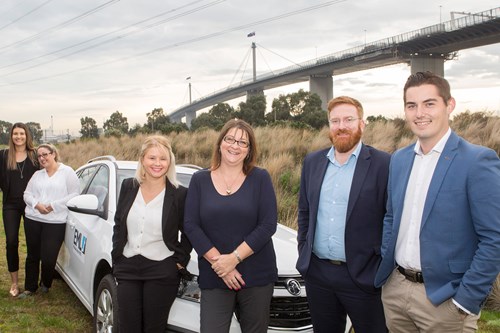 We invest in programs & services that support our employer members & their workers.