Up-front mental health support makes a significant difference to outcomes for people who’ve had a physical injury at work.

This finding from the Work Injury Screen and Early Intervention (WISE) program was published in 2019 in the Journal of Occupational Rehabilitation by lead author Professor Michael Nicholas of the Faculty of Medicine and Health at the University of Sydney. The article, Implementation of Early Intervention Protocol in Australia for ‘High Risk’ Injured Workers is Associated with Fewer Lost Work Days Over 2 Years Than Usual (Stepped) Care was selected by the Editorial Board of the Journal of Occupational Rehabilitation to receive the 2020 (and inaugural) Dr. Michael Feuerstein Best Paper Award. 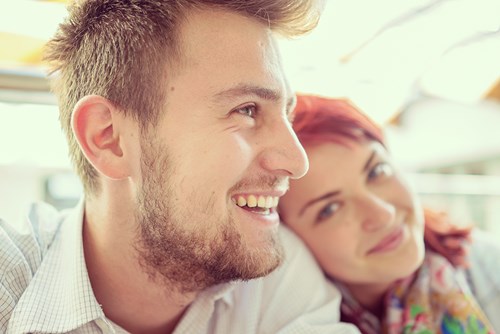 As a result of the WISE research, we are able to support people back into work within 12 weeks, more than twice as fast as people treated with usual care.

“EML is proud to have been part of this award-winning collaboration between EML, NSW Health, icare and the University of Sydney. Helping to fund research that helps people recover and get back to work is made possible through EML’s Mutual Benefits program” Matthew Rodwell, General Manager at EML said.

This research has been immediately embedded in normal practice

“What no-one had done before was to coordinate and liaise with all the major stakeholders involved with return to work: the injured worker, their employer, treatment providers like physiotherapists and rehabilitation specialists, claims managers and the insurer” Professor Michael Nicholas said.

Participants were asked 10 questions by the case managers within the first week or two after notification of their injury to screen for psychosocial risk factors, which impact on recovery, then offered proactive treatment matched to their risk. While most studies follow-up participants for a few months or up to a year, this study monitored participants throughout their second year of recovery.

“In the control group who received usual care, we saw how lost time and treatment costs bounced up and down for more than 24 months after the injury. In contrast, in the intervention group these issues were picked up early and managed effectively due to the close collaboration between the researchers, NSW Health and EML” Professor Nicholas said.

“You can’t underestimate the importance of having a job. Everyone around the world in this field has recognised that loss of employment is a major risk for a person’s health, financial wellbeing, mental health and sense of worth and value.” Professor Nicholas said.

“As a result of this research, we are able to support people back into work within 12 weeks, more than twice as fast as people treated with usual care. In partnership with the local health districts we’ve now assisted thousands of injured workers through the WISE program. We’ve invested a lot in upskilling our people in following the protocol. We run refresher training every 24 months to maintain capability and continue to drive improved outcomes for injured workers with psychosocial risk factors” Matthew said.

“Within the Local Health District, we’re now able to look at the worker’s recovery holistically, not just focussing on one injury and one part of the body but the full package that needs support for recovery and return to work" Clare Sheehan, District Manager of Recovery Services at the Illawarra Shoalhaven Local Health District said.

What WISE does differently is asks the claims managers and employer to screen injured workers for recovery risk factors beyond just the physical injury and address those early with individualised interventions.

“We’re really rescuing people before they get lost at sea” Professor Nicholas said.

Find out more about the WISE study at https://www.eml.com.au/news-community/latest-news/wise-ways-of-working-changing-lives/