Speaking at the event in Melbourne on 7 October were the Minister for Finance and Multicultural Affairs, Robin Scott; Secretary of the Victorian Trades Hall Council, Luke Hilakari; and WorkSafe Victoria’s Chief Executive, Clare Amies.

EML supported the research as part of its commitment as a mutual organisation to fund programs and research that help Victorian employers create safer workplaces.

View the media coverage in the press The Age, radio Triple J and on Channel 10’s The Project – the story starts at 22:04. 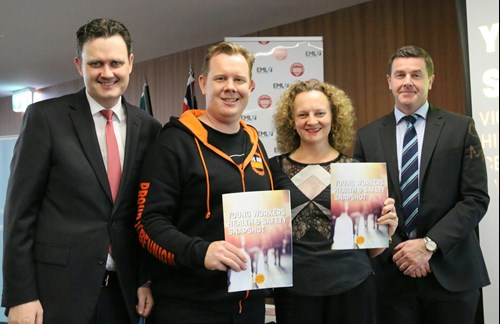