Presumptive legislation for firefighters in NSW: the difference made

Firefighters with cancer gained enhanced access to workers compensation in late 2018 with the introduction of presumptive legislation. Two years on, we review the impact of this legislation on helping firefighters in their time of need.

Station Officer Carl Franklin has been a firefighter for 35 years and is one of three in his family to serve Fire and Rescue NSW. “I really love this job. For what it gives me personally but also what I can give back through my membership of our internal peer support and how I can help the community” Carl said. 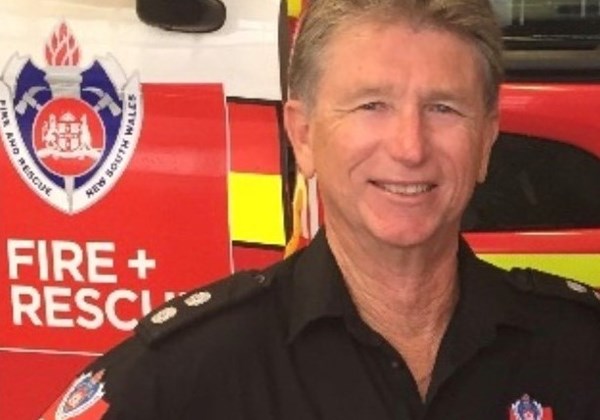 Station Officer Carl Franklin had been a firefighter with Fire and Rescue NSW for more than 30 years when he was diagnosed with prostate cancer.

Carl was diagnosed with prostate cancer in March 2018 and at the time the workers compensation legislation did not cover his illness. Carl had a good doctor, surgeon and rehabilitation team, as well as great support from his wife and children and his peers from Fire and Rescue NSW.

It was very stressful. I practiced a lot of mindfulness, spent a lot of time focussing on getting well and being positive. I was doing everything my doctors and physio said. With all the surgery and other expenses, I outlaid over $20,000. That’s a big hole in your finances and put pressure on family life. But more important was to be around and get through it” Carl said.

The presumptive legislation was designed to make it quicker and easier for eligible firefighters to claim and access workers compensation entitlements already in existence.

For NSW firefighters who are diagnosed with one of 12 cancers and meet the minimum employment periods, their employment is taken to be the dominant cause of the cancer, unless the contrary is established.

“I remember the day my claim was accepted. It was just like a weight being taken off. Straight away the burden of any ongoing costs would be taken care of, and the large bills already paid were reimbursed. From there I was directed to a good physio for recovery, I didn’t have to worry about whether or not we could afford it” Carl said.

EML prepared for unprecedented numbers of new claims lodged by firefighters who deserve timely access to quality services. A fast and accurate triage method would be required to provide support where it was needed.

“The needs of firefighters with cancer range from acute care through to palliative care so effective support is only possible with extensive and ongoing collaboration” Fire and Rescue NSW Manager of Injury Management, Health and Safety Mr Andrew McGarity said.

To meet the complex needs of eligible workers, a new approach to claims management and a greater understanding of cancer was urgently required. Fire and Rescue NSW Recover at Work Advisors, medical and allied health specialists in cancer, SIRA and EML collaborated on a new, holistic case management approach to deliver better outcomes for firefighters.

“Prostate cancer has worried me throughout my career. There’s no history of it in my family at all, I’m the first person. I’m vigilant, and thanks to my annual test a spike in cancer markers was found. For me detection was early” Carl said.

Three changes to practices were made:

Impact of presumptive legislation on firefighters and their families

Feedback from affected firefighters and their families has been overwhelmingly positive.

I had a really good support team. Not having the financial burden looming over me meant I was able to return to work more focussed” Carl said.

Carl is now cancer-free but will continue to see his surgeon regularly until he has reached five years from diagnosis without relapse. “I’m very happy to be cancer free. I’m trying to remain fit and healthy not only for the job but for myself. I enjoy doing anything outside and travelling, with my wife, a good core group of friends, and fellow firefighters” Carl said. 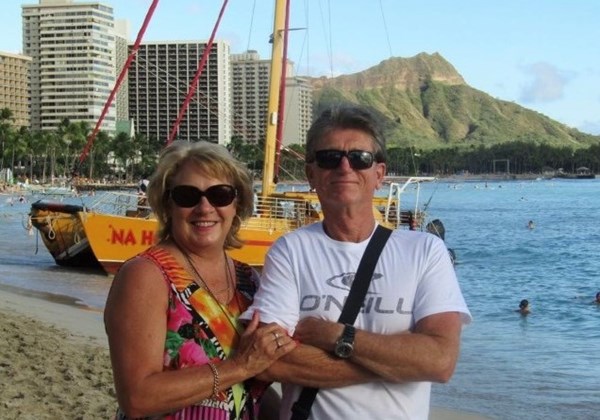 Carl and his wife Kim enjoying travel and time outdoors.

“We have witnessed time and again the dedication of Fire and Rescue NSW leaders to supporting their employees who are injured on the job. A great relationship between the agency and EML has been vital to helping firefighters and their families in a time of need,” EML General Manager of Insurance for New South Wales Mr Matthew Rodwell said.

Since the reform, 153 claims have been lodged. Importantly, for firefighters with eligible claims, benefits are being delivered within seven days of lodgement.

“My nephew and brother now have an increased risk of prostate cancer because of my diagnosis. I pass a lot of info and knowledge on to them and other firefighters I work with” Carl said.

“All firefighters have a tight bond, whether family or not. That’s part of the support. It is a bond, the thing I recommend most is surround yourself with support. You’ve got the emotional support, and now through the presumptive legislation the financial support. You’re on a really good path then” Carl said.