Police Officer of the Year Awards

EML is a proud sponsor of the Rotary Clubs of NSW 2016 Police Officer of the Year Awards.

EML attend the gala event to recognise excellence in Police service for both officers and unsworn employees of the NSW Police Force.

The Rotary Clubs of Sydney hosted the 7th Annual Awards for the NSW Police Force, MC by 2GB’s Ray Hadley, is the most prestigious event in the NSW Police Force calendar year and is an evening where the Force's best are acknowledged for their professional excellence and dedication.

Elisa Hitchens, Client Services Manager EML congratulate all the finalists and winners of the awards adding ”EML is proud to be a sponsor of the awards that recognise the very best in Policing.”

“As the appointed workers compensation agent for NSW Treasury Managed Fund (TMF), we work closely with the NSW Police Force to support injured officers and sponsoring these awards is another way we can show our appreciation of the work they do,” said Ms Hitchens. 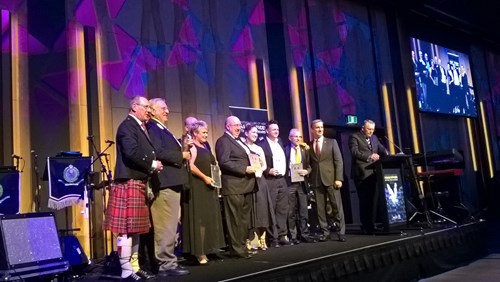