ACT Government has chosen to partner with EML as it moves to self-insure its most important asset, its 22,000-strong workforce.

“We are honoured and committed to pouring more than a century of workers’ compensation claims management knowledge and expertise into helping ACT people get their lives back after a workplace injury or illness,” EML CEO Mark Coyne said.

The partnership creates 30-full time positions in Canberra and more than 1,500 claims will be managed by EML as part of the ACT Government’s self-insurance licence under Comcare; a Federal Government statutory authority which administers the Commonwealth’s workers’ compensation scheme.

“The move to self-insurance with EML, providing claims administration services, will support our employees and ensure they have the best possible experience,” Executive Director Workplace Safety and Industrial Relations Michael Young said.

“EML has a great deal of history managing complex public sector work injuries across the country.”

As a national mutual, EML reinvests funds into resources to assist injured workers and their employers, and to prevent workplace injury in the first place. In the last six years alone it has invested more than $55m. 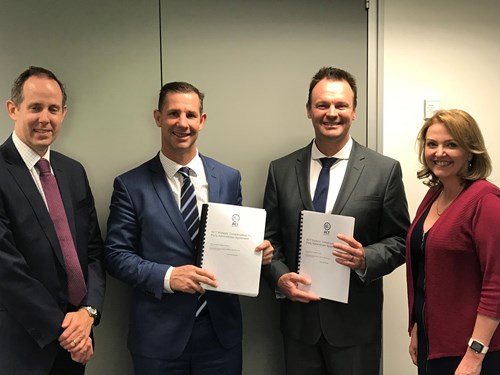